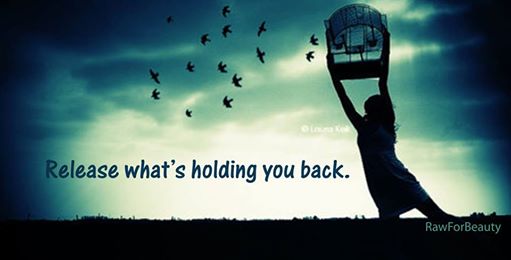 Are there situations, say at work, where you are committed to a goal, but you somehow fail to deliver? When this happens it may be because of some unconscious belief (with a fear related to it) that is working in the background to undermine your resolve.

What is going on for you in any particular situation is deep seated and personal and can’t be unearthed by applying a formula – the above are just examples for illustrative purposes. Because the sabotaging belief is unconscious it may well require outside support ( for example, from a coach) to help diagnose what belief is holding you back.

There may well be some truth in the belief, but often there is a tendency to apply the belief to all situations, ignoring contrary information. A questioning of the belief can lead to a more discriminating application of the belief and behaviors driven by it. If the belief has its origins in childhood conditioning or some life experience, knowing this will make you more open to challenging the belief.

For example, if you suffered as a result of a breach of trust this can give rise to an unconscious belief that no one can be trusted, which is clearly not the case, but the fear of a similar experience can cause you to adopt this belief as a generalization.

What is holding you back ? – try this step by step exploration :

1. Consider something that is not working for you and open up to the possibility that there may be something in how you perceive or deal with the situation that is stopping you from succeeding.

2. Identify and challenge your beliefs about the situation, ideally with outside support, to establish what may be causing you to behave in ways that are counter productive to achieving your goals. This will require a lot of talking around the subject and honest recognition of your thoughts and feelings.

You need to remain open minded and resist the temptation to conclude that what is happening is due entirely to outside factors beyond your control. If you have experienced similar situations in the past there is a fair chance that the issue is due, at least in part, to your beliefs and behaviors.

3. Having identified your underlying beliefs see if you can name the fear(s) associated with the belief. How real is this fear ? Should you confront the fear, rather than avoid the circumstances that give rise to the fear?

4. Awareness alone of what is going on in your internal thinking process will help, but ultimately you need to modify your behaviors (and related beliefs), maybe in small ways to begin with, and observe whether you are getting better results.

The removal of what is in effect an inner turmoil between conflicting beliefs should bring greater peace of mind and make you more likely to achieve your goals.